You are about to see the UNCENSORED images of RT's 2014 ad campaign. The ones RT wanted to display on telephone booths and in underground stations and on railway platforms throughout London – but couldn’t. Because of their “political overtones.” Because they were deemed too provocative and controversial. Because this is what happens WHEN THERE IS NO SECOND OPINION.

RT. For the second opinion. 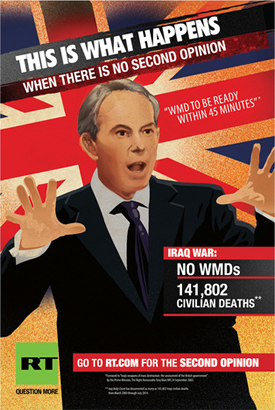 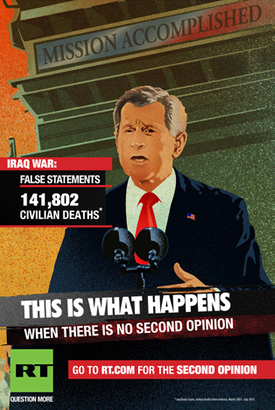 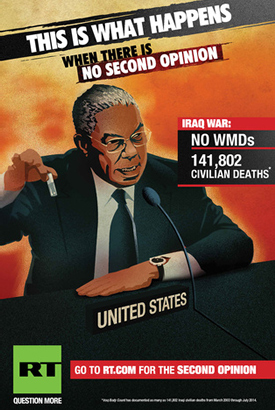 What happens when there is no second opinion? When nobody questions the evidence? When those in power are allowed to tell their story unchecked by the news media?

These are the questions these ads want you to think about.

In September 2014 RT's international "Second Opinion" ad campaign was all set to roll out in London, having made its US debut a month prior. Posters featuring 43rd US President George W. Bush and the former Prime Minister of the United Kingdom, Tony Blair, were to appear on telephone booths and large-format posters in railway and underground stations. And then... RT ads were REJECTED for outdoor displays by many London platforms and authorities because of their “political overtones.” They had to be REDACTED for all outdoor formats, save for wild postings.

RTplus — for the full picture!

Despite having been REDACTED, RT wants to give Londoners a chance to see the campaign in full, and is launching RTplus, an augmented reality mobile app that reveals the ads in their entirety. Simply download the app, scan any REDACTED poster, and watch the image complete itself.

RT's "Second Opinion" ad campaign kicked off in August 2014. Its aim: to bring attention to the importance of having a real diversity of voices in the global news media space, and to posit RT as the place to go for alternative viewpoints on current events.

The Iraq War, which serves as the theme of the campaign, is just one example of what can happen when mass media is all too willing to agree on a narrative. More than 11 years later, tens of thousands of people in Iraq and other countries have paid the price for that consensus, with no end to the quagmire in sight.

"RT. For the Second Opinion." debuted with a series of wild postings in New York City, then added them in Washington, DC. The first set of ads featured the former US Secretary of State Colin Powell addressing the United Nations assembly to build support for military action against Iraq, and the second - President Bush delivering his speech aboard USS Abraham Lincoln, with the now-infamous "Mission Accomplished" banner in the background.

Right away the campaign attracted attention of many media outlets, including The New York Times, New York Magazine, The Huffington Post and Buzzfeed, and kicked off debates online in the comments sections and in social media.

The hatred American media has for RT is very telling. A smear campaign of the highest order. It’s especially funny coming from a nation where 5 corporations control all of the mass media. RT is no different from CNN, FOX News, MSNBC...all have an agenda they’re pushing.

It is true, I believe, that Sy Hersh couldn’t get a US publisher for his work proving Assad didn’t gas his own people and had to turn to London Review of Books. It is true that Russia also proved forensically that Assad didn’t do it 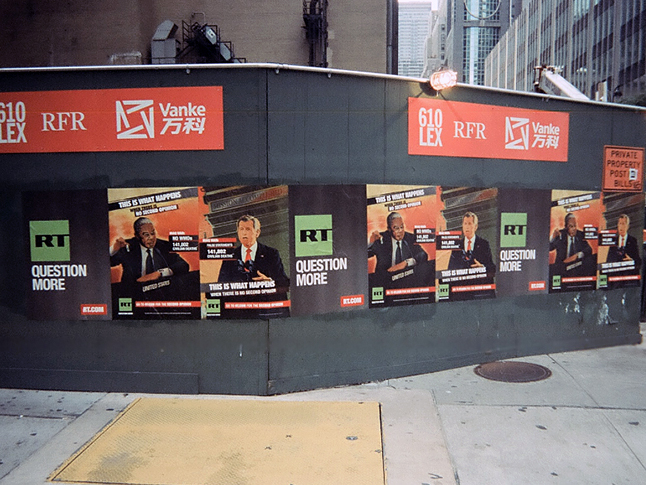 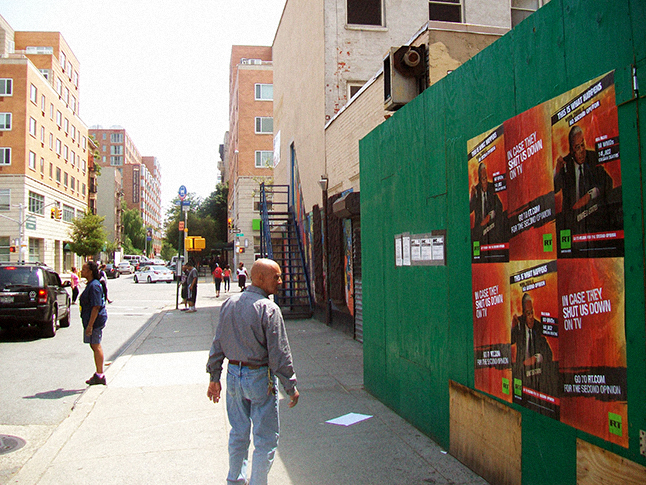 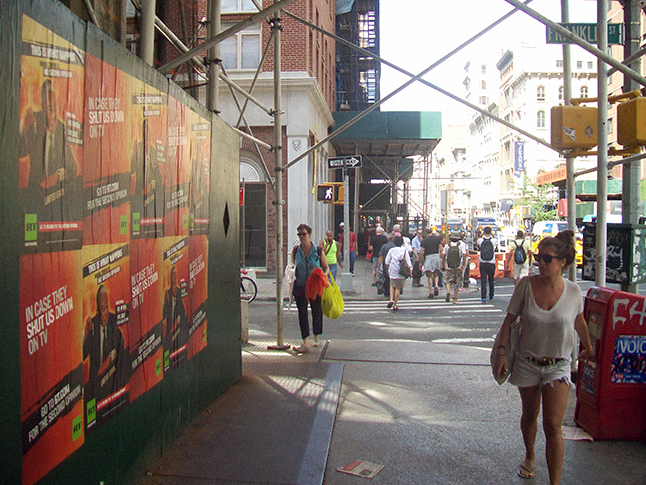 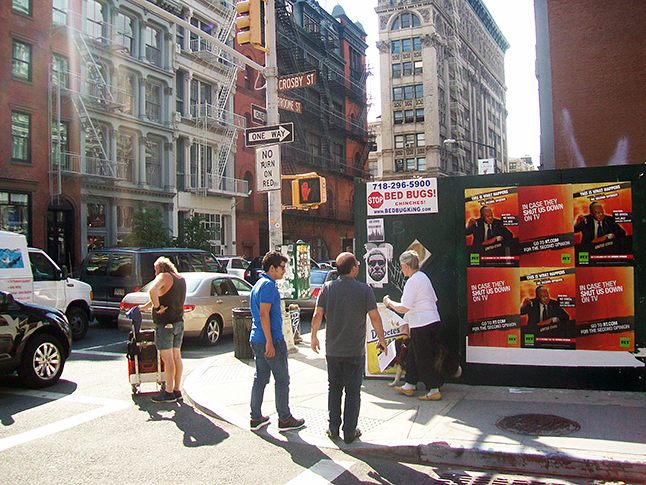 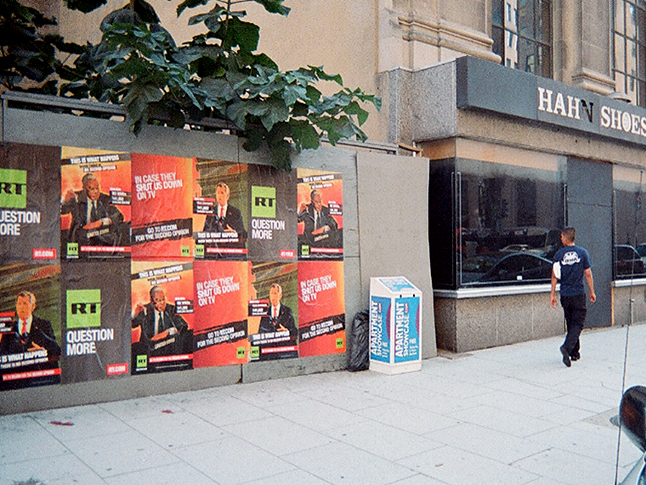 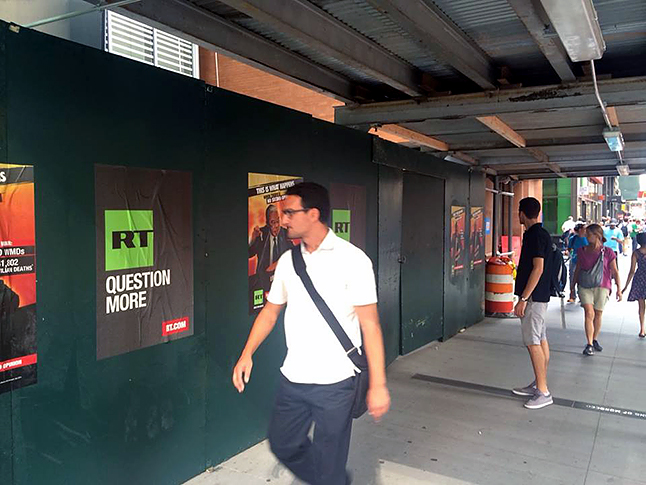 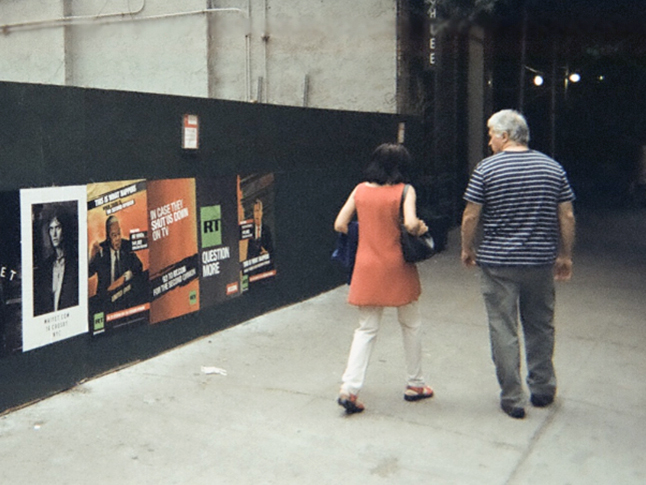 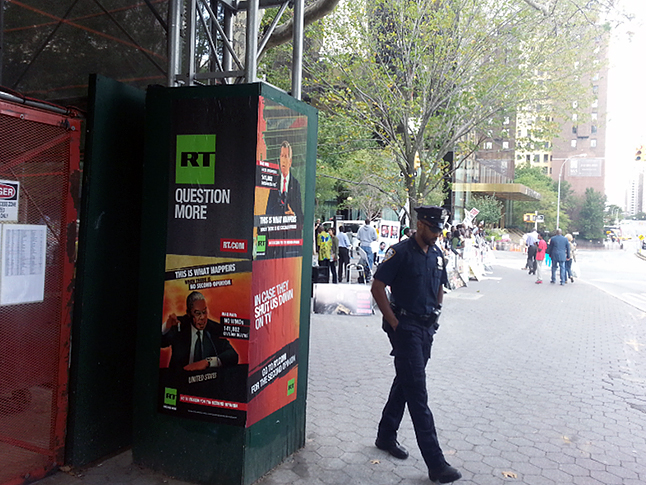 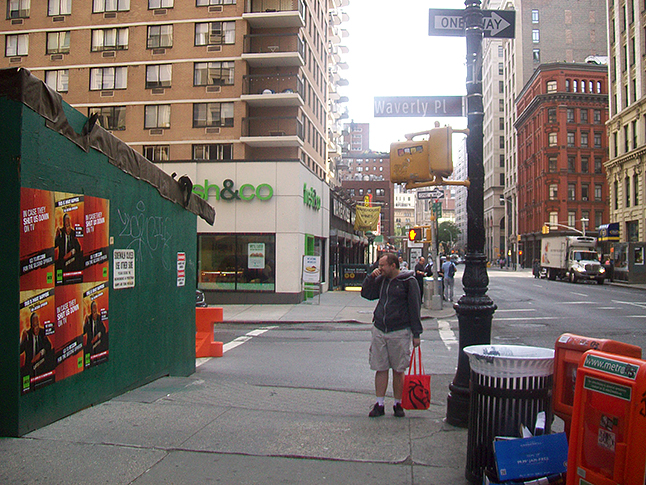 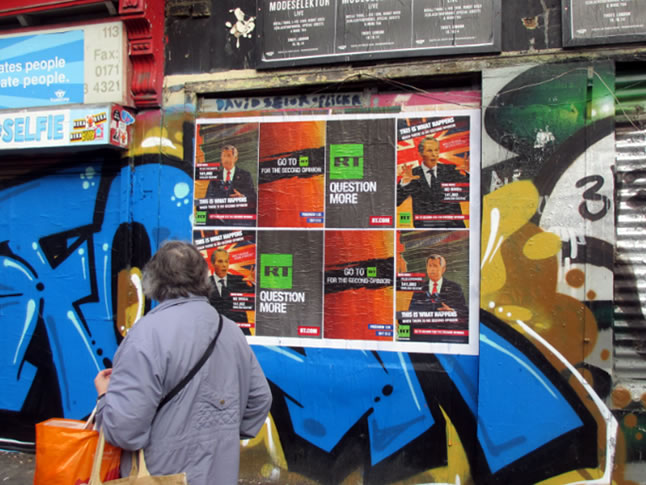 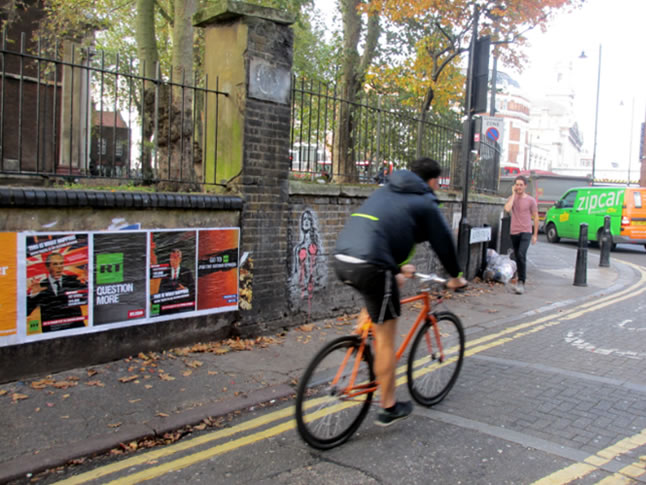 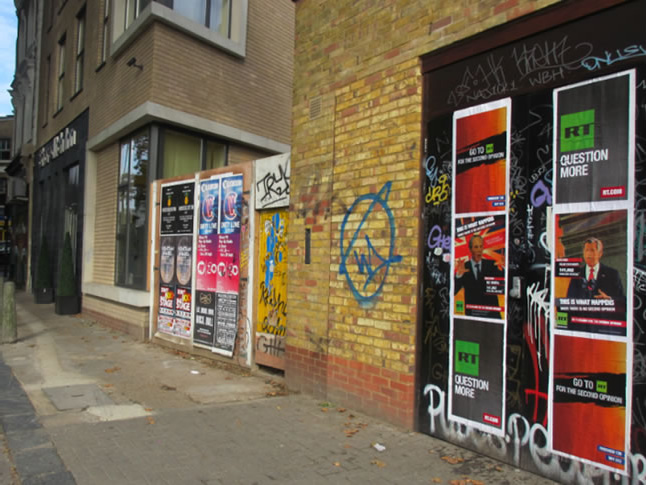 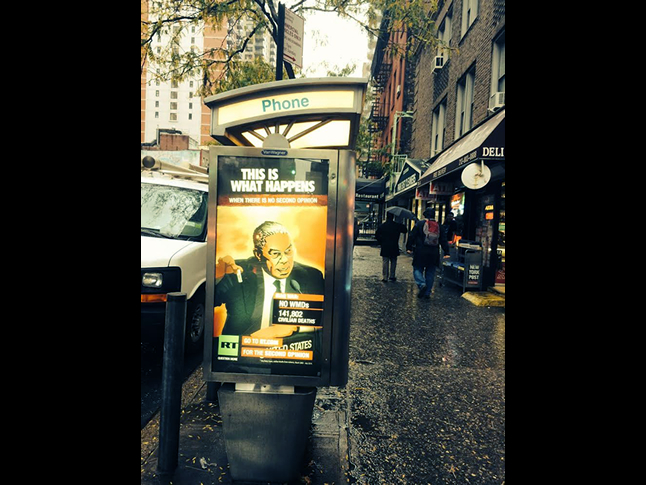 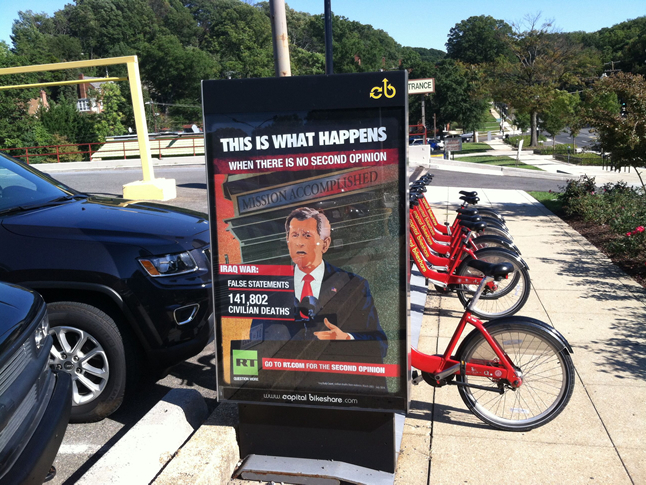 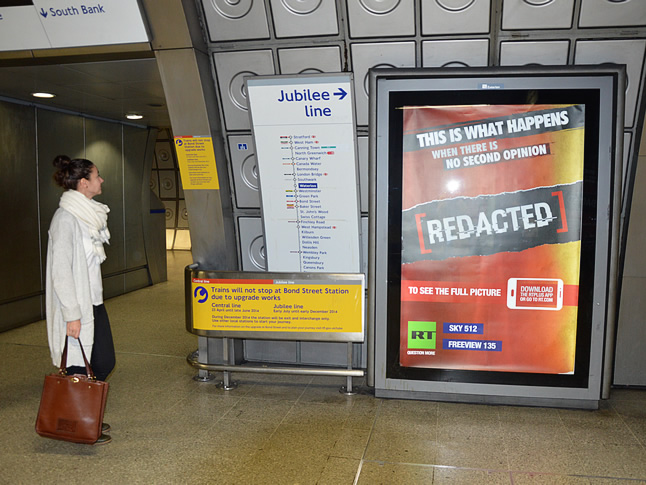 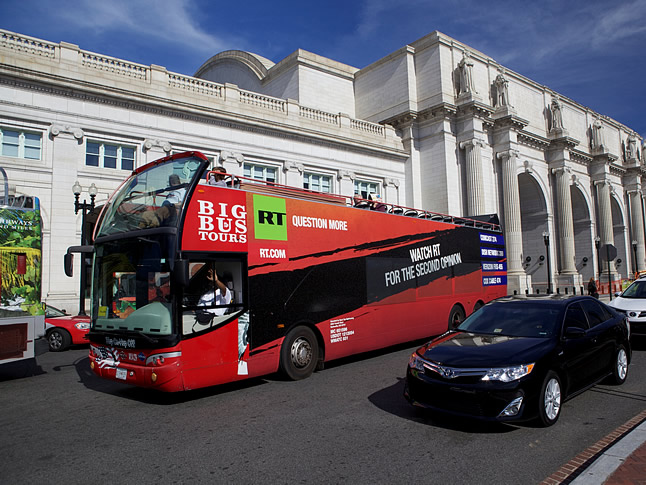 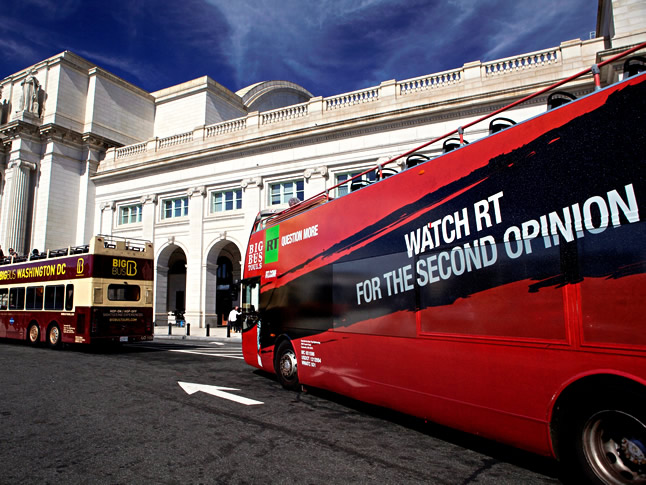